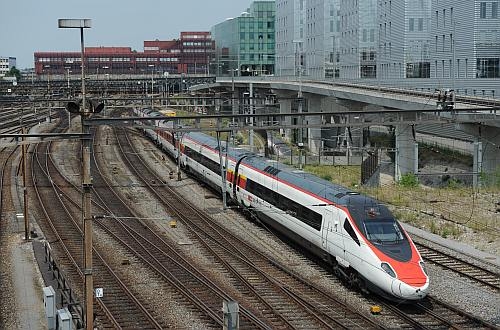 Alstom and Cisalpino, the now defunct joint venture between Trenitalia and SBB, signed an initial contract for 14 of the 250km/h seven-car trains in March 2004 and SBB subsequently exercised an option in July 2012 for eight additional sets, which are currently being delivered. The remaining four trains from the second option will enter service by December 2016 in time for the opening of the Gotthard Base Tunnel.

The multi-system trains will be used on Milan – Geneva/Basle and Milan – Zürich services pending the delivery of 29 new EC250 EMUs from Stadler, which will enter service from 2019 onwards.

SBB anticipates a rapid increase in traffic after the opening of the tunnel and additional trains are required to meet forecast demand. The delivery of additional ETR 610s will allow multiple operation and increase flexibility on other routes such as Milan – Geneva.