POLISH regional operator Lodz Agglomeration Railway (LKA) confirmed on September 16 that it has selected Stadler Poland for a contract to supply 14 three-car EMUs and maintain the trains for 12 years. 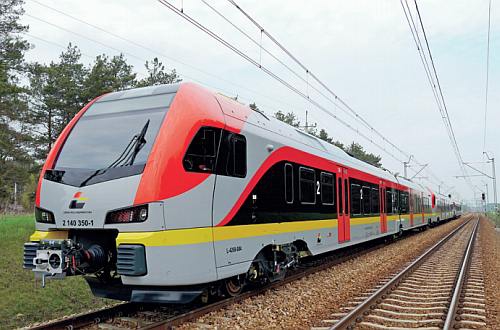 LKA says Stadler submitted the most favourable bid in the tender, ahead of Polish suppliers Newag and Pesa.

The first batch of four Flirt 3 trains will be delivered by September 2018 and LKA will receive the remaining 10 sets by the end of 2019.

The new trains will operate alongside LKA’s existing fleet of fleet of 20 two-car Stadler Flirt EMUs, which were ordered in 2012 at a cost of Zlotys 510m ($US 135m) and delivered in 2014-2015. The operator is planning to extend these trains to three cars to increase capacity.

The additional trains are being acquired for the Phase 2 expansion of the LKA network, which will encompasses services from Lodz to Tomaszów Mazowiecki, Radom, Piotrkow Trybunalski, and Opoczno. LKA is also planning to launch a new Kutno - Lowicz - Skierniewice service.