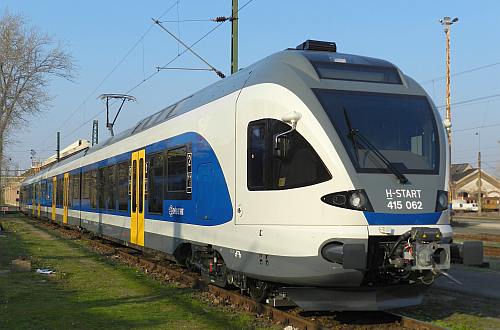 MÁV-START now owns 123 almost-identical Flirt EMUs and therefore operates the largest fleet of these trains in the world.

The first order first order for 30 trains (subsequently increased to 60 sets) was placed in 2004, and was followed by another contract for 42 sets, which was awarded in 2012. The final trains to be delivered are from a batch of 21 four-car suburban trains ordered in 2015.

MÁV-Start is currently tendering for a further 30 high capacity EMUs, which may be of a double-deck design.

For detailed data on electric multiple unit orders around the world, subscribe to IRJ Pro.