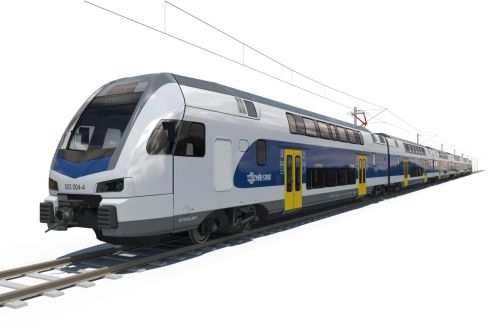 The Forints 39bn ($US 121m) order is an option from a framework contract signed in April 2017 for up to 40 trains. An initial order for 11 sets was placed in August 2017. Under the terms of the framework agreement MÁV-Start can acquire additional sets in batches of at least three trains.

The first 11 trains will enter service in 2019-2020 on the lines from Budapest to Szob and Szolnok, but they may also be used on summer services linking the capital with towns on the shores of Lake Balaton routes.

The 160km/h EMUs from the second batch will be equipped with ETCS Level 2. The air-conditioned trains will also be fitted with passenger Wi-Fi, CCTV, at-seat power sockets, a passenger counting system, and three accessible toilets. Each train will accommodate four wheelchairs, 12 bicycles and five pushchairs.