BRITAIN's rolling stock fleet could grow by between 53% and 99% over the next 30 years according to a new report from Network Rail (NR), which reveals up to 19,000 new electric vehicles will be needed by 2042. 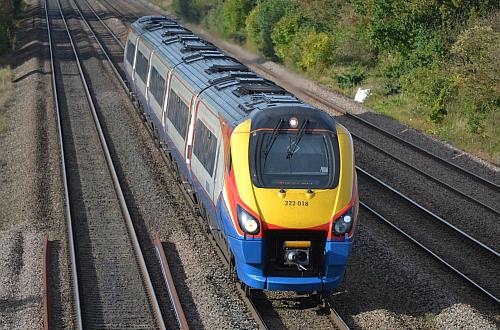 The Long-Term Passenger Rolling Stock Strategy for the Rail Industry was overseen by a group chaired by Eurostar chairman Mr Richard Brown, who recently conducted an independent review of the franchising system, and included representatives of the Association of Train operating companies (Atoc), the three main train leasing companies, and NR.

The report looks at passenger rolling stock requirements for the period to 2042 based on three different growth scenarios. The medium scenario is based on the long-term growth predicted in NR's Route Utilisation Strategy (RUS) documents, which anticipate overall growth in passenger volume of 111%, an average of 2.5% per year, between 2009 and 2039. The low and high forecasts are based on growth of 30% above or below the medium range.

Even in within the next decade, the composition of the fleet is set to change radically, and the proportion of electric vehicles is forecast to rise from 68% today to 80% by 2019 with the electrification of 3000 track-km between 2011 and 2019. If electrification continues to spread rapidly beyond 2020, more than 90% of the passenger fleet could be electric by 2042 in the most optimistic forecast. However, even in the low-growth scenario, the report suggests a minimum of 13,000 new vehicles will be required.

NR says this will allow new and mid-life dmus to be transferred to the remaining non-electrified routes to increase capacity where growth has been constrained and allow the withdrawal of older trains. In all three scenarios, the number of diesel vehicles in services is forecast to fall by half from the current 3912 to 1528 vehicles or fewer over the next thirty years.

The strategy notes that a 91% increase in passenger numbers between 1995 and 2011 was accommodated with just a 12% increase in fleet size, primarily because of the introduction of high-capacity trains, elimination of locomotives and driving trailers on West Coast and Cross Country, and improved off-peak load factors. Automatic passenger load weighing has also lead to more efficient diagramming of trains.

Despite the number of new vehicles required, the report suggests that steady new-build programmes which have eluded the railway industry in Britain to devastating effect in recent decades are still unlikely to materialise. Thameslink, the Intercity Express Programme (IEP) and Crossrail will see the delivery of around 2400 new vehicles between 2014 and 2019 (an average of nine per week) and up to 1000 additional vehicles will be required for growth and electrification on other routes such as the Midland Main Line or where older trains need to be replaced.

Furthermore, NR predicts refranchising timescales are likely to result in peaks and troughs in rolling stock procurement, and orders for new trains will largely be driven by franchise commitments.