A new Version 2.0 maglev train achieved its design speed of 160km/h on the 18.5km Changsha Maglev Express Line in China during tests on April 28. 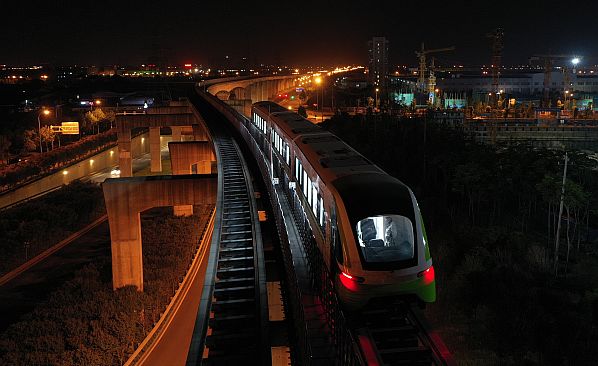 According to Mr Tong Laisheng, director of CRRC’s Maglev Research Institute, the maglev train completed a series of test runs during which the maximum speed was increased in stages from 100km/h to 120km/h, 150km/h and 155km/h. At each stage, the train’s status and dynamic performance was monitored to ensure it was safe to increase the speed to the next level.

The Changsha Maglev Express Line, which links Changsha South station with Huanghua Airport, opened on May 6 2016. It is operated with Version 1.0 maglev trains which have a maximum speed of 100km/h. Apart from its higher maximum speed, the Version 2.0 train has an increased suspension capacity of 6 tonnes and 30% more traction power.

CRRC is now leading a project to develop a Version 3.0 train with a maximum speed of 200km/h, which will be suitable for the operation of inter-city services.