THE eight new CAF EDU ATR365 trains for Sardinia will enter service with the start of the 2016 timetable on December 13 after Italy's Agency for National Railway Safety certified the trains for operation. 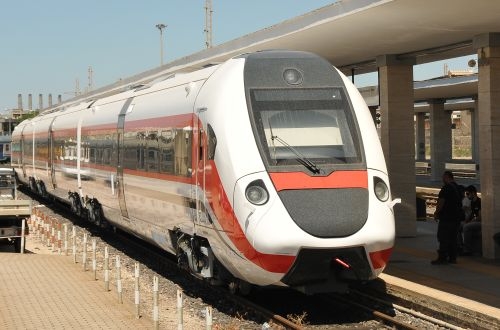 The three and five-car DMUs will operate initially on the partially non-electrified Cagliari - Sassari line and will reduce journey times by 24 minutes to 2h 27min, although the trains will operate at 150km/h, 10km/h below their maximum speed, due to the condition of the Sardinian railway network.

Performance is enhanced by the use of a Sibi active tilting system, which enables the trains to tilt up to 6° and operate at higher speeds through curves on the route. The vehicles, which have capacity for 202 passengers, will also have a better power-to-weight ratio and braking systems than the locomotive-hauled trains that they are replacing.

Sardinia Region ordered the trains under a €58m contract placed in 2010.