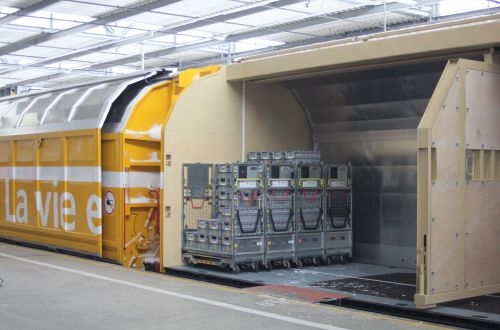 Each vehicle has capacity for 63 Europallets on a loading area of 62.4m2 with two or more movable dividing walls, and can carry a payload of up to 63.5 tonnes at 100km/h or 53.5 tonnes at 120km/h. PostMail is using the high-capacity wagons on its three main rail routes, which link major sorting centres in Switzerland for next-day delivery. The Härkingen sorting centre, situated midway between Bern and Zürich, handles 1 million items of post per day and has its own rail facility with nine arrivals and eleven departures per day.

Postmail is leasing 55 sliding wall wagons from Wascosa, having decided to sell its own vehicles.