THE Polish region of Lesser Poland has awarded Newag a Zlotys 304m ($US 82m) contract to supply 12 Impuls regional EMUs, with an option for four additional trains, for use on Krakow suburban services operated by Koleje Małopolskie. 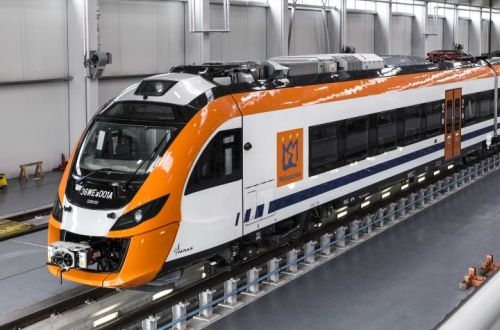 The order comprises four five-car and eight four-car trains, with the final set due for delivery by February 2017.

The regional government, which is the sole shareholder in Koleje Małopolskie, is contributing Zlotys 227m towards the cost of procuring the new trains. As part of the contract, Newag will provide maintenance support for the fleet for five years.

Koleje Małopolskie is the seventh Polish operator to order the Impuls, and the contract takes the total number of trains in service or on order in Poland to 80 sets. Italy's South East Railway (FSE) also placed an order for three Impuls EMUs last December.