CALIFORNIA’S North County Transit District (NCTD) has agreed a $US 43m order with Bombardier for 11 double-deck coaches for use on its Coaster commuter services between Oceanside and San Diego. 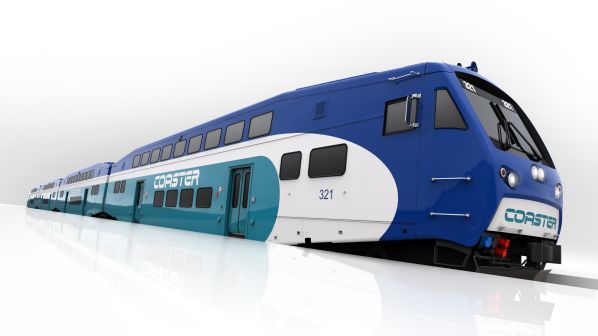 The order includes comprises eight double-deck coaches, two cab cars as well as an extra cab car. The contract also includes an option to purchase up to 27 additional coaches. The new rolling stock will be manufactured at Bombardier’s site in Thunder Bay, Canada, and is scheduled to enter service in winter 2022.

The order was approved NCTD's board of directors in April with funding authorised by the California Transportation Commission in June.

The new rolling stock will expand NCTD’s existing fleet of coaches and support a planned near doubling of service to 42 trains per day from 22 at present, funding of which was approved by San Diego Association of Governments (Sandag) in September 2019. Under the plans, peak-time services will increase from the current 45-60 minute frequency to every 30 minutes. Non-peak services will be increase to an hourly frequency from more than three-and-a-half hours at present.

This is the second recent order for Bombardier double-deck coaches from the United States’ west coast, following a $US 108m contract to supply 28 BiLevel coaches to Sound Transit, Seattle, and another West Coast operator in May.