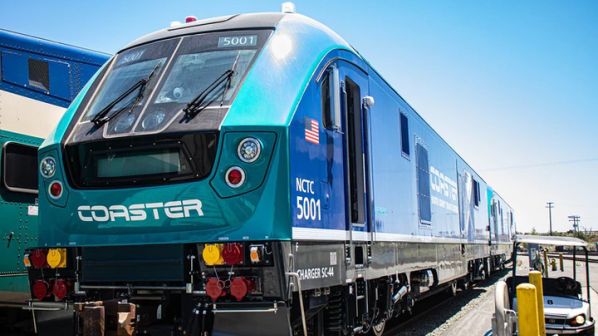 The order will bring the total of Chargers operated by NCTD to nine, following the initial purchase of five units in 2018, and another two in 2019. The initial batch has now been delivered and is currently undergoing testing and commissioning.

The new locomotives will enable NCTD to increase the frequency of its Coaster commuter service to nearly double current levels.

The Charger locomotives will replace the ageing fleets of five F40PHM-2C and two F59PHI locomotives, and are expected to lower emissions levels by around 90%, in line with current Californian air quality regulations. In addition, the new locomotives will improve reliability for passengers and reduce noise levels.

“We are proud to be able to manufacture these locomotives by Californians for California,” says Mr Michael Cahill, president of Siemens Mobility Rolling Stock in North America. “Producing these locomotives at our solar powered Sacramento factory further improves the strong environmental footprint of NCTD’s service.”

The locomotives were purchased as part of a multi-state procurement between the California and Illinois departments of transportation.

The purchase follows a $US 43m order by NCTD for 11 double-deck coaches from Bombardier in July, which will be employed on Coaster services between Oceanside and San Diego.

NCTD and Siemens also agreed a 20-year service and parts contract for the maintenance of the Charger fleet in September. The contract, worth $US 29m, includes the provision of technical support and material management, as well as optional overhaul services up to a cost of $US 47m.