NETHERLANDS Railways (NS) has announced that CAF, Spain, is its preferred bidder for a contract to supply a fleet of 120 EMUs worth around €510m for its Sprinter New Generation project. 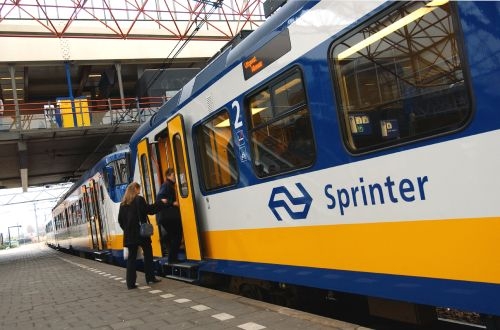 NS and CAF hope to complete negotiating the terms of the contract, which could include options for additional trains, by December. NS wants the first trains to enter service in 2018.

The160kmlh trains will be based on CAF's Civity EMU but adapted to the Dutch market with wide inter-car gangways and doors and prepared for rapid installation of ERTMS equipment. They will also be accessible to passenger in wheelchairs, which means the trains will need to be fitted with wheelchair-friendly toilets. The new Sprinters must also be energy efficient. From 2015 NS says 50% of its electric trains will be powered from green energy produced by new wind farms, and it expects to reach 100% by 2018.

In the meantime to ease overcrowding until the new Sprinters arrive, NS will take a total of 18 type DD-AR double-deck trains out of storage and return them to service after making some technical improvements. The first 11 trains are expected to return to operation in December.

NS has also gone out to tender for its Intercity New Generation project which will be an important element of its High Frequency Rail Programme and for integrating the operation of the Amsterdam – Rotterdam – Belgian border high-speed line into the main network following the collapse of Fyra. NS expects to prequalify bidders for the project by the end of the year and it wants to introduce the first trains in 2021 starting with the high-speed line.

NS will also contract NedTrain to modernise 81 VIRM inter-city trains in order to extend their life, while 301 ICRM coaches will be prepared for operation on the high-speed line by December.