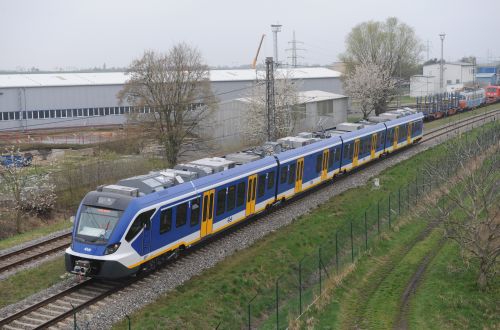 The train arrived at the facility on March 28, completing its journey from Spain via Germany.

The first SNG trains are due to enter service with NS in December 2018, expanding the fleet to accommodate rapidly-rising traffic and enabling the withdrawal of ageing SGMm two and three-car Sprinter EMUs.