NETHERLANDS Railways (NS) concluded a contract worth more than €800m with Alstom on July 15 for 79 single-deck Inter-City New Generation (ICNG) EMUs after a court rejected a legal challenge from Siemens. 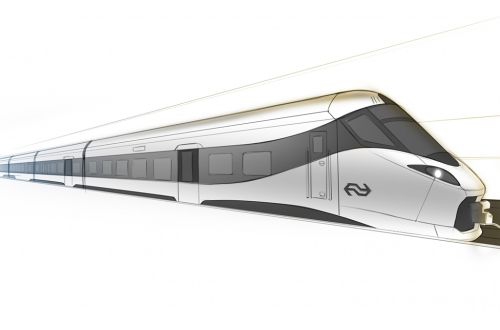 The order for the 200km/h trains, which will be equipped for operation on both the conventional network and the HSL South high-speed line, comprises 49 five-car and 30 eight-car sets based on Alstom's Coradia platform.

The contract was finalised with Alstom after a Dutch court rejected an appeal by Siemens.

The trains are due to be introduced in 2021, initially on Amsterdam - Rotterdam - Breda services via HSL South, operating under 25kV ac electrification on the high-speed line and the standard Dutch 1.5kV dc system on the conventional network. These trains will also need to be equipped with ETCS Level 2.

The new rolling stock will later be introduced on The Hague Central - Eindhoven inter-city services, operating via the Rotterdam- Breda section of HSL South. The new trains will replace the 160 km/h multi-system Traxx locomotives and ICR coaching stock currently used on these services. It is also anticipated that the delivery of the ICNG fleet will enable the withdrawal of ICM EMUs and ICR coaches currently used on domestic inter-city services on the conventional network.

The contract includes options for additional trains, including a variant equipped to operate on the Belgian 3kV dc electrification system.

NS says it will consult with passengers and staff before finalising the design for the train next year.

A number of pre-series trains will be delivered ahead of the main build in order to obtain certification before widespread introduction of the fleet.

The train will be compliant with the European Technical Specification for Interoperability for Passengers with Reduced Mobility (TSI PRM) and will be equipped with at-seat power sockets, passenger Wi-Fi, and USB sockets.
The order is part of NS' broader €2.5bn programme to improve quality for passengers through the modernisation and expansion of its rolling stock fleet. this includes 58 Stadler Flirt EMUs and 118 Civity EMUs from CAF together with the refurbishment of 81 VIRM double deck EMUs.