NETHERLANDS Railways (NS) announced on March 1 that it is planning to extend the midlife refurbishment of its VIRM double-deck EMUs to a further 45 trains at a cost of €502m. 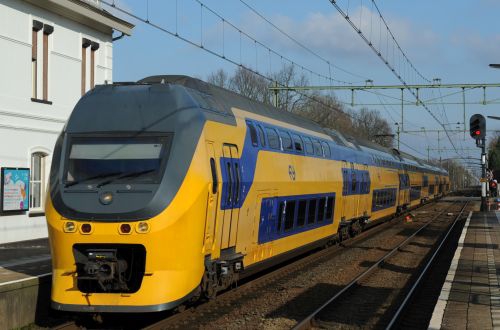 The work will be carried out by Nedtrain at its Haarlem workshops and concerns 242 second and third-generation VIRM cars, equivalent to 24,500 seats.

Following tests with a prototype train at the end of 2016, the refurbishment of the fleet of 81 first-generation VIRM sets is now in full-swing at Haarlem, with the programme due to conclude in 2020.

The refurbishment of the VIRM 2 and 3 trains will follow a similar pattern, and a prototype will be completed in 2020. This train will undergo testing and trials before series overhauls begin.

The work will include the installation of new accessible toilets in compliance with TSI-PRM (Passengers with Reduced Mobility), full renewal of the interior, new passenger information systems, additional luggage space, LED lighting, and aerodynamic enhancements to reduce energy consumption.

Initially designated DD-IRM, the first trains entered service in 1994 as three and four-car sets. However, soon after delivery, NS ordered additional intermediate cars to extend the trains to four-and six-car formations. These were then designated VIRM.

NS subsequently ordered more trains, with the fleet ultimately comprising 98 four-car and 80 six-car sets. The final train was delivered in 2009.