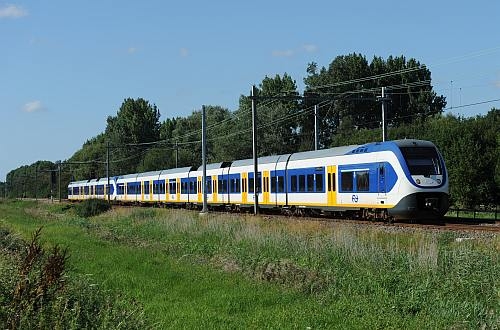 The first retrofitted trains will appear in 2018 and the entire fleet is due to be modified by 2021, around three years earlier than NS had previously proposed.

NS decided not to install toilets on the trains, the first of which entered service in 2009, on the grounds that this would reduce costs and simplify maintenance. However, the decision proved unpopular with politicians and passengers, and the new concession for the so-called core network specified that all trains must be equipped with toilets.

Retrofitting the SLT sets, which were supplied by Siemens and Bombardier, is likely to be a complex task and will require a new Authorisation to Place in Service (APS) for the fleet.

As a result of this situation, NS has decided not to exercise any further options for SLT sets. Instead, NS has launched a tender for a fleet of SLT2 trains, which will replace the SGM 'Sprinter' EMUs (Plan Y) and last remaining Plan V trains. Alstom have been shortlisted for this contract.

The SLT2 fleet is expected to enter service before NS completes the modification of the SLTs.