PUBLIC Transport Authority of Western Australia (PTA) has issued a request for prequalification for a $A 1.6bn ($US 1.4bn) tender to supply a fleet of 17 six-car EMUs for its Metronet project plus 24 six-car trains to replace ageing A-Series trains on its Perth commuter rail network. 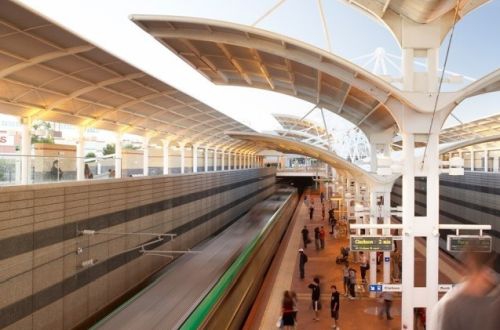 PTA requires responses to the RFQ by June 7. Shortlisted bidders will progress to an interactive tendering process before a final supplier is chosen next year.

The successful bidder will be required to manufacture or assemble 50% of the trains in Western Australia. Delivery of the 17 Metronet trains, known as the C-series, is due to begin in 2021. PTA wants the remaining 24 trains to enter service between 2023 and 2028.

Perth currently operates a 180km 1067mm-gauge commuter rail network with 71 stations which is electrified at 25kV ac. The first stage of Metronet expansion programme will add 72km and 18 new stations to the network.

Stage one comprises:
• completing the 8.5km $A 1.86bn Forrestfield - Airport Link
• extending the Joondalup Line by 13.8km to Yanchep with construction starting in 2019
• linking Thornlie and Cockburn Central stations
• building the Morley - Ellenbrook line
• extending the Armadale Line by 8km to Byford
• relocating Midland station and extending the Midland Line to Bellevue
• building a new station at Karnup on the Mandurah Line
• eliminating level crossings on the Armadale and Midland lines
• designing and manufacturing the next C-Series trains, and
• planning for alternative transport options to better connect communities.