A framework contract has been awarded by Pesa, Poland, to Rolls-Royce for up to 940 MTU diesel power-packs to be fitted to Link DMUs for German Rail (DB). 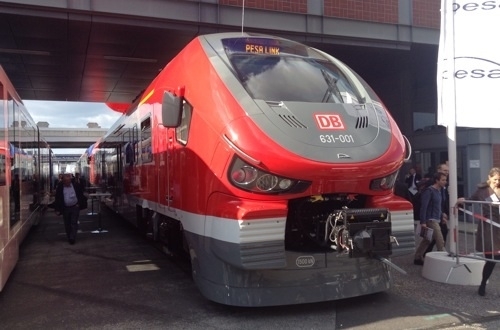 The agreement will run until 2021 and the number of power-packs ordered at any one time will depend on operating concessions won by DB which call for new fleets of diesel trains. DB signed a framework contract with Pesa in 2012 for the supply of up to 470 Link DMUs as single, two or three-car sets.

The underfloor power-packs will include MTU's series 1600 and 1800 diesel engines, both of which are designed to meet EU Stage IIIB emissions standards. A single-car train will have one series 1600 power-pack and a three-car set will have two, while a two-car train will be fitted with two series 1800 power-packs. The 12V 1600 R70 engine is rated at 565kW, while the 6H 1800 R85L engine has an output of 390kW.