POLISH long-distance operator PKP Intercity has announced plans to invest Zlotys 7bn ($US 2bn) in its train fleet as part of the revision of its 2016-2020 rolling stock strategy, which now includes longer-term investments proposed for the early 2020s. 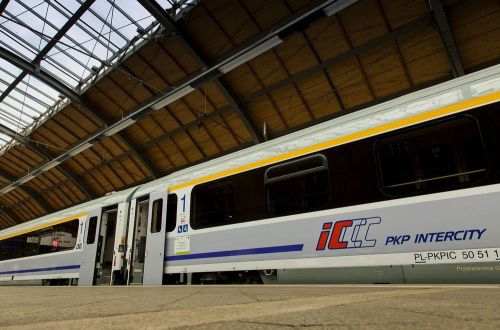 The company says the programme will be financed through a combination of sources including its own budget, recapitalisation from PKP Group, and external institutions, with around Zlotys 790m expected to come from the EU.

PKP Intercity says that around 80% of its fleet will comprise new or modernised rolling stock by the end of the programme and passenger Wi-Fi will be installed on 77% of its vehicles.

By the end of 2023, PKP Intercity will modernise more than 700 vehicles and purchase 185 new vehicles.

On December 29 PKP Intercity announced a tender for a contract to supply and maintain 12 160km/h EMUs. Each train will seat at least 294 passengers in standard class and 60 in first class accommodation and the fleet will be equipped with ETCS. Delivery of the first two trains will take place within 18 months of contract signing.

Tenders were also launched in December for the heavy overhaul of the fleet of 14 ED74 EMUs and the modernisation of 10 type 140A/112A locomotive-hauled coaches.

In addition, the operator is working with Poland’s National Centre for Research and Development on three projects to develop new-generation locomotives and rolling stock. Procurement will be phased to ensure new designs meet operating requirements. Under this model, PKP Inter-city plans to purchase 38 EMUs (seven by 2023) 52 electric locomotives (25 by 2023) and 15 push-pull sets (two by 2023).