BRITISH train operator Southern Railway announced on September 29 that it has selected Porterbrook leasing to finance an order worth around £172m for 29 four-car class 387/1 EMUs from Bombardier. 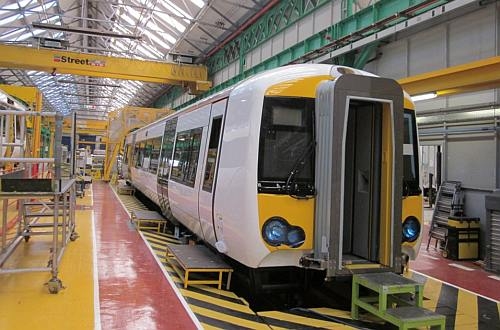 Production is underway at Bombardier's Derby plant and the first sets have already been delivered. The trains will enter service on the cross-London Thameslink network from next January.

The class 387s have been ordered as a stopgap measure due to delays in completing the procurement of a dedicated fleet of Siemens class 700 EMUs for Thameslink. The class 387s will be redeployed on other routes when these trains enter service.