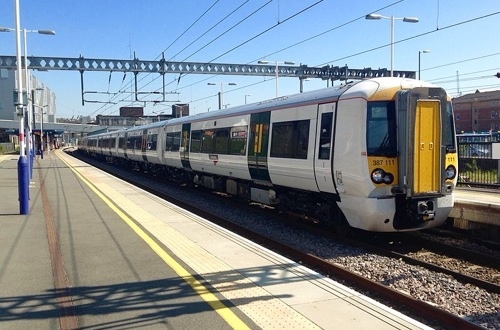 Porterbrook says the deal "supports the Department for Transport's aspiration for the rolling stock market to invest in new vehicles to satisfy increasing capacity requirements."

New contracts will be awarded for 10 of Britain's 16 passenger franchises by the end of the decade and several of the tenders will require or favour new rolling stock, reflecting both the spread of electrification and the need to provide additional capacity on many routes. Porterbrook says a number of parties including both established operators and prospective bidders for new franchises have expressed an interest in the trains.

The additional vehicles will be assembled at Bombardier's Derby plant and deliveries will take place between October 2016 and June 2017.

Bombardier has recently completed delivery of 29 four-car class 387/1 sets for Thameslink, which were ordered by Porterbrook as a stopgap measure due to the late delivery of Siemens class 700 Desiro City for the north-south route across London. These trains will be transferred to the Great Western franchise for services on the newly-electrified route out of London Paddington when the Siemens trains enter service with Thameslink.

Production is now underway at Derby on an order for 27 four-car class 387/2 EMUs, which will be deployed on Gatwick Express services from London Victoria to Gatwick Airport and Brighton. Porterbrook has also ordered a further eight class 387s for Great Western, which will be delivered in 2017.