SIEMENS has begun final assembly of the first Mireo EMU vehicles for DB Regio, which ordered 24 three-car trains in February 2017 for the regional services on the Karlsruhe - Basle Rhine Valley Line. 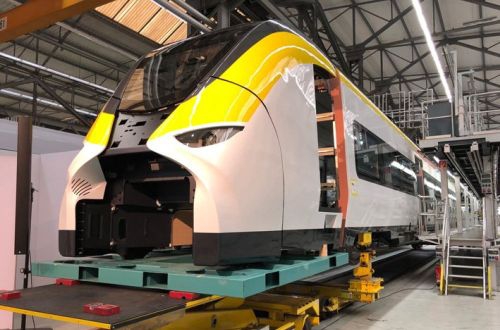 The 160km/h articulated trains will be introduced in 2020 and will primarily be deployed on Offenburg – Freiburg - Basle/Neuenburg services. Each set will seat 220 passengers.

The order is the first for the Mireo multiple unit platform, which was unveiled at InnoTrans in 2016, and is also the first application of Siemens’ new Tractronic Thinity transformer. Siemens says the transformer is 25% lighter than preceding designs, enabling it to be mounted on the vehicle roof.

In addition to the Rhine Valley, DB Regio ordered a further 57 Mireo sets in August 2017 for the Rhine Neckar S-Bahn network around Mannheim and Heidelberg.