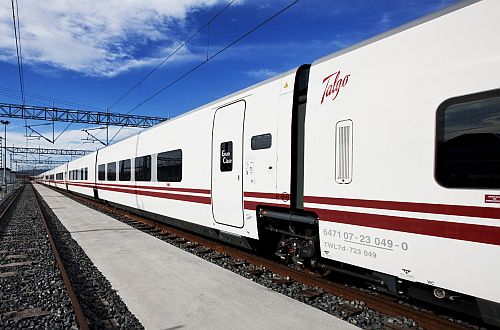 The deal includes an option to convert an additional six trains which if exercised will increase the value of the contract to €151m.

The contract covers the conversion of 156 coaches initially, while the option would involve another 72 coaches.

The trains were originally designed for 220km/h operation, and have variable-gauge wheelsets allowing them to switch automatically and without stopping between 1435mm gauge on the high-speed network and 1668mm on the conventional network.

In March, Renfe and the Ministry of Development are expected to unveil a €2bn rolling stock investment plan covering the period 2017-2028, which could include the purchase of more high-speed trains.