SPANISH operator Renfe is set to begin pilot tests next month of a self-propelled passenger train powered with liquefied natural gas (LNG) in what the operator says are the first such trials in Europe. 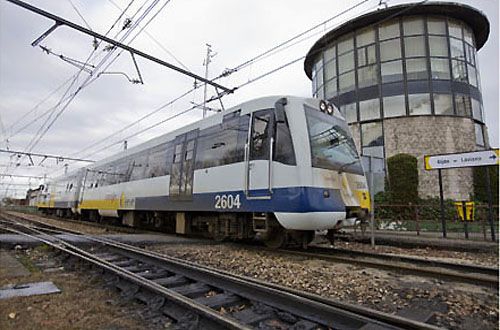 The tests will take place on the Feve narrow-gauge network in Asturias in the first two weeks of December using a series 2600 train manufactured by CAF on a 20km stretch from Trubia to Baiña and Figaredo.

An engine powered by LNG will replace one of the two diesel engines used on the two-car train, with the second diesel engine used to compare the results of operation with diesel and LNG traction. Researchers expect to identify the technical requirements for space, weight, refrigeration and autonomy for natural gas traction during the trials, which are hoped will offer a clearer idea of the environmental implications and the potential use of LNG on lines currently served by diesel trains.

The project was announced by Spain’s minister of development, Mr Iñigo de la Serna, and will see Renfe collaborate with Gas Natural Fenosa and Enagás. The project falls within Spain’s 2014-2020 strategy for developing vehicles with alternative energy (VEA) and is also part of Renfe’s rolling stock renewal plan, which includes introducing trains that use alternative fuels.