SWITZERLAND's Rhaetian Railway (RhB) has awarded a SFr 285m ($US 292m) contract to Stadler for 27 new Flügel EMUs with an option for up to 20 additional trains. The trains will be built in Altenrhein, Switzerland, and the first will be handed over in summer 2019. 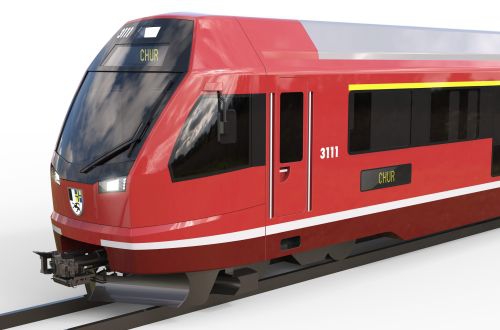 The metre-gauge four-car trains will be 76.44m-long and will have 35 seats in first class, 137 seats in second class plus spaces for two wheelchairs. The 100km/h air-conditioned trains will have room for bicycles, skis, sports equipment, strollers and luggage.

"The acquisition of Flügel trains is the largest rolling stock procurement project in the history of the Rhaetian Railway," said RhB director Mr Renato Fasciati at the signing ceremony in Zurich on June 30. "The new trains will significantly modernise our fleet and enable us to achieve a distinctive leap in productivity."