THE French region of Rhône-Alpes has placed a €160m order with Alstom for 17 multi-system Régiolis EMUs, which will be used on the cross-border Leman Express (formerly Franco-Valdo-Genevois RER) network around Geneva. 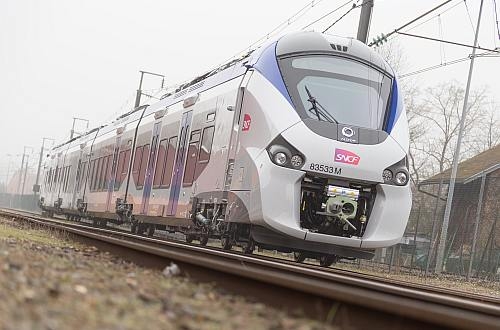 The order is an option from a framework contract awarded to Alstom by French National Railways (SNCF) in 2009 and takes the total number of Régiolis sets on order to 184, 79 of which have already been delivered.

The 160km/h 72m-long trains for Leman Express will seat up to 204 passengers and will be equipped for operation on 15kV ac, 25kV ac and 1.5kV dc electrification systems. The trains will also be fitted with ETCS.

From December 2019, the 230km Leman Express network will serve a total of 45 stations on lines from Geneva to Annecy, Bellegarde, Evian-les-Bains, Coppet, and St Gervais. Daily ridership is expected to be around 50,000 passengers.

A core element of the network is the Cornavin-Eaux Vives-Annemasse (Ceva) project, which involves the construction of a new 16km link between Lancy-Pont Rouge and Eaux Vives to provide a new direct rail link between Geneva and Evian-les-Bains.

The network will be operated by a joint venture of SNCF and Swiss Federal Railways (SBB), which will use a fleet of 23 four-car Stadler Flirt EMUs on the Swiss sections of the network.