BRITAIN’s Rail Safety and Standards Board (RSSB), with funding from the Department for Transport (DfT), has awarded a grant to a consortium led by open-access operator Grand Central and including Liebherr-Transportation Systems and Newcastle University’s Centre for Railway Research (NewRail), to develop an active radial suspension system (ARSS). 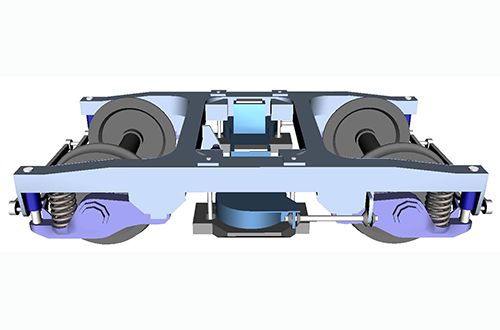 ARSS, which can be fitted to an existing bogie, will use electro-hydraulic actuators which were originally developed and manufactured by Liebherr for aerospace applications, to actively steer wheels, which should help to reduce wheel and track wear. Track wear is a key component of the Variable Usage Charge (VUC) which train operators are obliged to pay to Britain’s infrastructure manager Network Rail.

The consortium will start by modelling the effects of retrofitting the Liebherr ARSS to an existing BT-10 bogie. Provided the expected ware reduction benefits can be demonstrated, the system will be installed on a trial vehicle and tested in Britain.

The project is expected to be completed by late 2019. If the trials are successful, Liebherr plans to market ARSS globally.