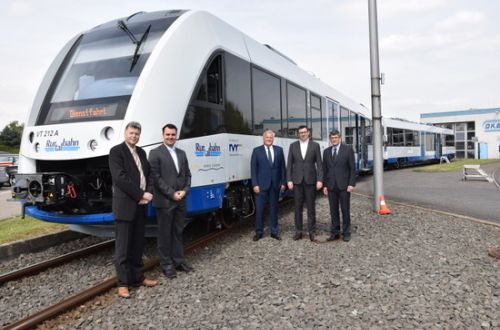 The 140km/h two-car trains were ordered in 2015 at a cost of €12m after Rhineland Local Transport (NVR) awarded Rurtalbahn a contract to continue operating services on the 30km Düren - Linnich line until 2020.

The DMUs are due to enter service on July 1, replacing Siemens/Düwag Regiosprinter trains built in the 1990s.

Each 54m-long Lint set will seat 170 passengers, compared with just 74 on the Regiosprinters.

The new trains were assembled at Alstom’s plant in Salzgitter.

For detailed data on rolling stock orders around the world, subscribe to IRJ Pro.