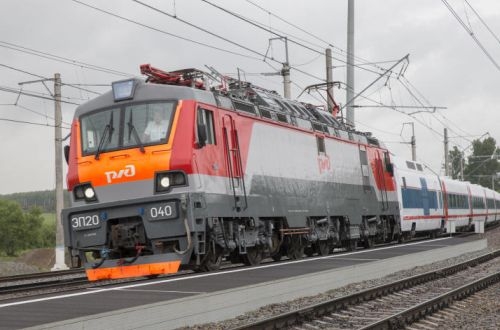 RZD will operate five daily services on the route, increasing to seven from July, using a fleet of four trains. This will enable the redeployment of Siemens Sapsan high-speed trains to the Moscow – St Petersburg line, where a regular-interval service pattern will be introduced.

Two Strizh services will operate non-stop with a journey time of 3h 35min between Moscow and Nizhniy Novgorod, 20 minutes faster than the best Sapsan timings. The remaining services will call at Vladimir, Kovrov and Dzherzhynsk with journey times ranging from 3h 46min to 3h 55min. Prices start at Roubles 900 ($US 16) in second class and Roubles 2850 in first.

The 200km/h 1520mm-gauge Talgo trains are equipped with passive body tilting and seat a total of 409 passengers. Each train comprises 18 passenger coaches and two technical cars, with dining and bistro cars, and a mixture of first and second class seating coaches and sleeping cars. Deluxe sleeping cars are also provided with en-suite facilities. All coaches are air-conditioned, have electric heating and are equipped with ecologically-friendly toilets.

Initially RZD intended to use its 1520mm-gauge Talgos on Moscow – Kiev route, but revised its plans due to the ongoing political tensions between Russia and Ukraine.