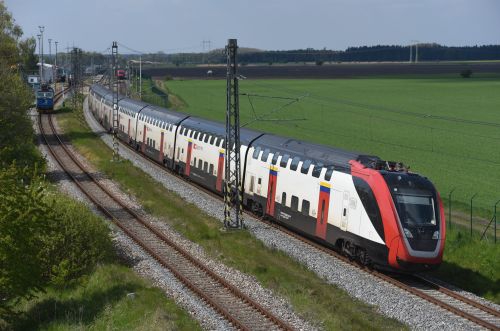 The permit to operate the new train sets on the Swiss network will expire on November 30 2018 and enables SBB to launch to first commercial passenger operations with the fleet. BAV states that following a software upgrade and rectification of some minor technical problems, it is satisfied the fleet can operate safely.

However, BAV points out that the time-limited authorisation concerns only the modified trains, and unmodified trains cannot be used in commercial service. Furthermore, certain functions of the new trains are not covered by the APS, and those trains which are authorised for passenger use will have to go through a new commissioning process to qualify for a full and unconditional APS. SBB will only accept the trains from Bombardier when a full APS has been granted.

The first trains were originally due to enter service in December 2013 but so far SBB has not accepted any trains from Bombardier.

SBB now expects the trains to enter passenger service in the first quarter of next year, initially on low-frequency routes such as Zürich - Bern interregionals and Zürich - Chur regional express services.