SWISS Federal Railways (SBB) could finally begin using its new fleet of RABE 502 and RABDe 502 Twindexx double-deck inter-city EMUs before the end of this month, following a ruling by Switzerland’s Federal Administrative Court in a case on access for passengers with reduced mobility. 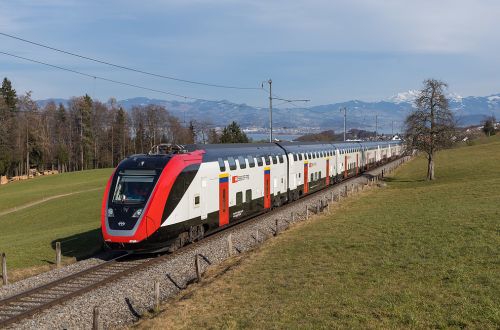 Last month Inclusion Handicap, an umbrella organisation for people with disabilities, raised an objection against the introduction of the new trains, after identifying 15 accessibility faults during an inspection in December 2017.

So far Bombardier has delivered six sets from an order for 62 trains, which was placed in 2010. These are now undergoing tests in preparation for full integration into the SBB fleet in December this year under a conditional authorisation issued by the Swiss Federal Office of Transport (BAV) last November.

The trains will initially be deployed on Zürich - Berne Interregio services and Zürich - Chur RegioExpress services.

According to a statement issued by SBB on February 16, the company first invited organisations for the disabled to participate in the development of specification for the trains at an early stage of development. They were invited to inspect the full-scale model in 2011 to give their comments and suggestion for improvements. At that time, no objection was made to the configuration of the wheelchair ramps, which according to SBB have been designed to EU standards.

SBB says it wants to maintain a “solutions-orientated dialogue” with organisations representing people with reduced mobility.