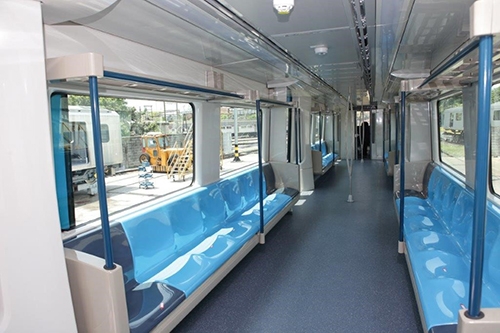 Unlike the first train, which was fitted entirely with test instrumentation, three of the coaches in this unit have passenger fitments in order to evaluate their suitability. Another vehicle, the public display train coach, is fully fitted-out and will be demonstrated to the public at key stations.

The trains are part of a €4bn contract to supply 3600 vehicles, components and technical support for 18 years and was awarded to the Gibela Rail Transport joint venture in 2013, with Alstom as the major shareholder.

The first 20 trains are being built in Brazil, with the remainder completed at a new facility in Dunnottar, Gauteng province. Construction of this was due to begin on March 1.