NETHERLANDS Railways (NS) has directly awarded Siemens and Bombardier a contract to upgrade its fleet of 131 Sprinter Light Train (SLT) EMUs, which were originally supplied by the two manufacturers in 2007-2012, to comply with the Technical Specification for Interoperability for Persons With Reduced Mobility (PRM-TSI). 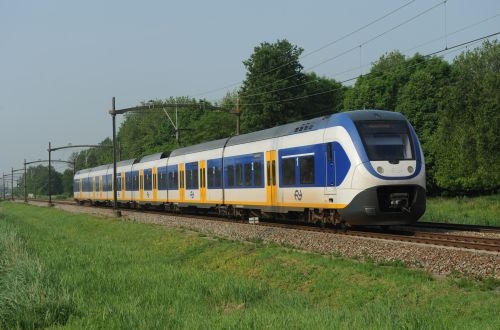 Key changes include equipping the four and six-car sets with accessible toilets and installing multi-functional areas for wheelchairs and bicycles. Retractable steps will also be fitted to the passenger doors to ease boarding and alighting at stations.

The modifications will be carried out at Bombardier's facility in Aachen, Germany, between 2017 and 2021. NS will send one train to Aachen this summer to act as a testbed for the fitting of retractable steps.

In order to minimise the impact of the programme on NS's rolling stock fleet, only one train will be out of service for modification at any given time.

The extent of the modifications also means the trains will require a new authorisation to operate on the Dutch network. Dutch national safety authority the Inspectorate for the Environment and Transport (ILT) has been involved in the project from an early stage with the aim of completing the authorisation process quickly and smoothly.