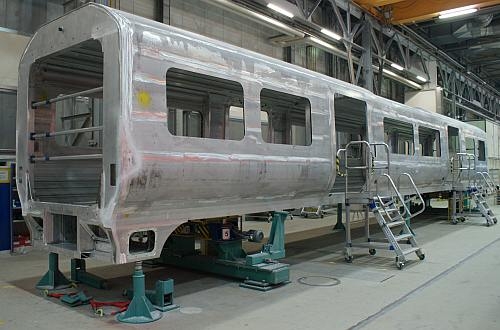 All design work for the £210m fleet of 750V dc third-rail trains has been completed and the first set is due to be completed by the end of February. Testing will begin in May 2016 and following trials on the British network the first trains will be delivered to SWT's Wimbledon depot in south London in time for introduction into passenger service in June 2017. All 30 trains will be delivered to SWT by the end of 2017.

The delivery of the new trains will enable SWT to accommodate up to 18,000 additional passengers on peak services into London Waterloo. The class 707s will operate in multiple on London Waterloo - Windsor services, enabling the redeployment of rolling stock currently used on this route and the introduction of 10-car trains on other lines.