SIEMENS is challenging a decision by the Berlin Senate and Berlin Transport Authority (BVG) to award a contract worth around €120m to Stadler Pankow for 20 additional type IK small-profile four-car U-Bahn trains without going out to competitive tender. 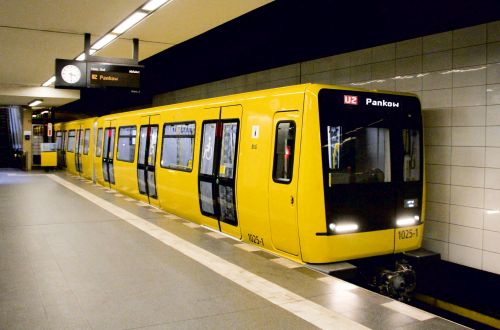 BVG says it urgently needs the trains to replace life-expired trains on Line U5. An examination of the 38-year-old F79 cars operating on Line U5 revealed serious wear on 10% of the fleet which means the cars will need to be withdrawn from service in 2019. BVG claims that Stadler, which has already supplied 40 IK trains to BVG, was the only company able to supply new cars by 2019.

BVG plans to order around 1000 cars by 2030, which will be procured through competitive tendering, but says it had to take action now to replace 80 cars on Line U5.

Siemens disputes the need to acquire new cars by 2019, which meant circumventing European tendering rules, and says the award of the contract to Stadler puts it in a stronger position to bid for the new contract.

As Line U5 is a large-profile line the new IK trains will be fitted with wider steps to reduce the gap between the passenger doors and the platform. These will be removed when the trains are eventually redeployed on the small-profile lines.