TWO suppliers of rolling stock systems have signed agreements with Siemens to adopt the company’s condition monitoring technology for their products. 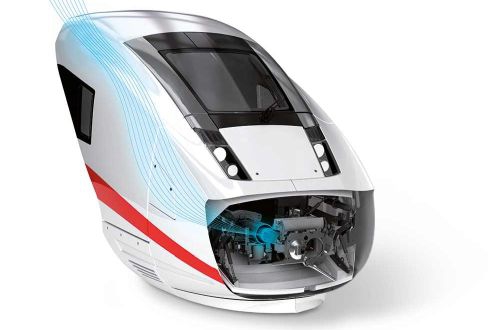 SKF and Voith both confirmed on June 13 that they have signed separate agreements to use Siemens’ Railigent applications suite, which is linked with the MindSphere Internet of Things (IoT) operating system.

Voith and Siemens signed a cooperation agreement in May 2018 for the development of a condition monitoring solution for the Voith Scharfenberg coupling.

The Voith solution monitors the coupling deformation tube and damper with the aim of reducing maintenance and inspection costs while improving safety.

Voith and Siemens plan to jointly present their preliminary solution at Innotrans 2018 in Berlin in September.

The SKF and Siemens agreement, which was signed in March 2018, will focus on optimising asset management efficiency.

The partnership will see the implementation of SKF’s Insight Rail condition-based maintenance solution in combination with Railigent.

SKF says the agreement leverages the resources of its digitalisation initiative and will facilitate online monitoring of key components such as wheelset bearings and wheels via Railigent.