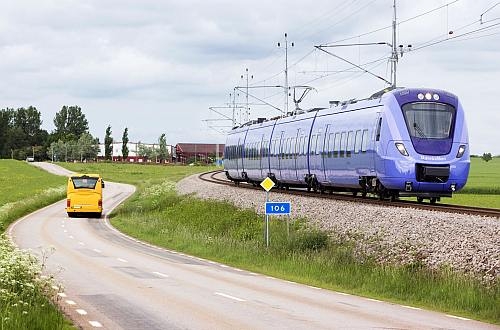 Skånetrafiken placed an initial order for 49 X61s in 2006, the first of which entered service in 2010, and a further 20 sets were ordered in 2011. Last year it exercised an option for five extra sets.

Delivery of the final batch of 30 trains will commence in April 2017, with assembly taking place at Alstom's Salzgitter plant in Germany.

Each four-car 74m-long articulated train will accommodate up to 510 passengers, 235 of them seated.

Skånetrafiken requires additional rolling stock to accommodate increasing ridership on Pågatågen regional rail services, which is projected to grow by 5-6% per year over the next few years.

Alstom has sold 277 Coradia Nordic EMUs in Sweden since 2002 to operators including Stockholm Local Transport (SL), Västtrafik, and Östergötatrafiken.