BELGIAN National Railways (SNCB) marked the launch of a €147m project to refurbish its fleet of 44 AM75 EMUs on May 21, when CEO Mr Jo Cornu unveiled the first modernised train at the company's workshops in Mechelen. 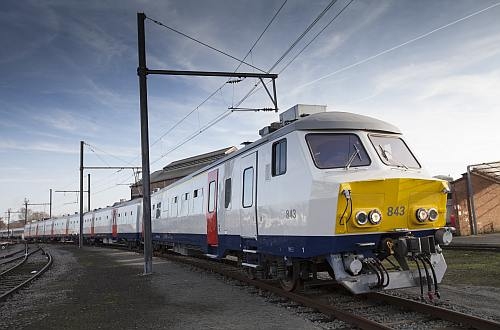 The fleet of four-car 3kV dc trains was built by BN, Belgium, between 1975 and 1979 and is mostly used on regional services from Antwerp to Roosendaal and Turnhout.

As part of the extensive refurbishment, the trains are being upgraded with a new interior, accessible toilets, multifunctional areas with tip-up seats, new doors and windows, and modern passenger information systems.

A second train is due to be completed later this year and the remainder of the fleet will be refurbished between 2016 and 2020.

The refurbishment is part of a broader investment in the SNCB passenger fleet which will increase fleet availability from 80% to 86% within five years and boost capacity to more than 400,000 seats by 2025-2030.