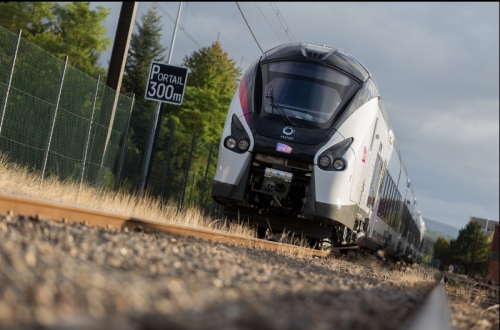 The first set entered commercial service on the Paris - Troyes - Belfort line with the remaining trains set to be deployed on the following non-electrified and partially electrified routes:

SNCF placed a €346m order with Alstom for the trains in October 2013 with 19 set to enter service on the Paris - Troyes - Belfort route, and 15 on the on the other Intercity services.

Based on the Alstom’s Polyvalent range, the trains are available in two lengths (72m and 110m) with two types of engine (electric or bimodal), and the trains can accommodate up to 269 passengers running at 160km/h.

Wide doors and platforms make passenger circulation easier, while acceleration and braking have been improved because of power distribution throughout the train. Alstom says the train is lighter than its previous main line trains meaning that energy consumption is much lower. It complies with European standards and can be used across the conventional network.

For the latest fleet updates from around the globe, subscribe to IRJ Pro.