At least 100 coaches will be manufactured with the support of a private investor. 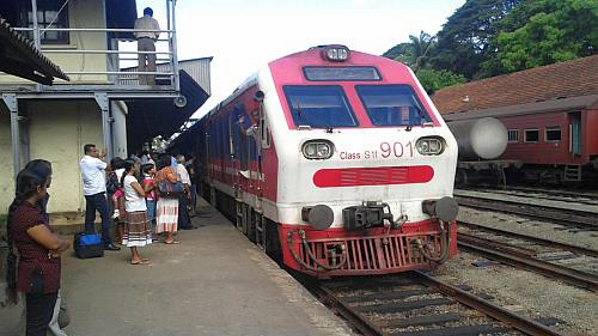 SRI Lanka's Cabinet of Ministers has approved a Ministry of Transport proposal to seek a private sector investor to support domestic manufacturing of 100 passenger coaches.

The proposal outlines plans to select an investor in line with government procurement guidelines, and is intended to contribute to a requirement by Sri Lanka Railways’ for approximately 700 new coaches, with the aim of reducing the age of rolling stock increasing the fleet size to around 800 coaches over the next five years.

A fleet of 160 passenger coaches has also been ordered from India, and a further 140 renovated coaches are expected to be acquired. However, these orders will only account for approximately 42% of the number of coaches needed. Sri Lanka Railways also previously ordered 10 locomotives and six DMUs from Rites, India, in 2017.

Existing passenger coaches operating on the network cover a wide range of ages, with 30% approximately 30-years-old and another 60% between 25 and 30-years-old. Just 10% have been in service for 12 years or less.

The rolling stock acquisitions are part of Sri Lanka’s wider railway efficiency programme, which was granted $US 160m by the Asian Development Bank (ADB) in July 2019. In addition to the procurement of rolling stock, the programme also aims to: