KEOLIS subsidiary Syntus has awarded Stadler a 15-year contract to maintain the 16 Flirt EMUs the Swiss manufacturer is supplying for use on Dutch regional services between Zwolle and Kampen/Enschede from December. 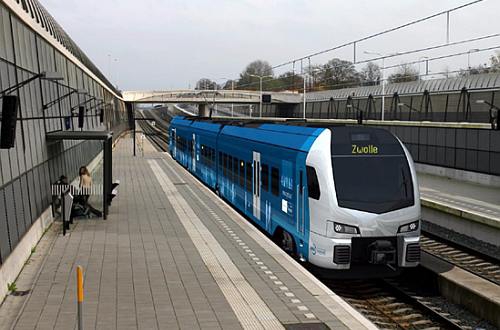 Stadler Service Netherlands will conduct maintenance activities at a new depot located in Hengelo, which will be staffed by five Stadler employees. The nine three-car and seven four-car 1.5kV vehicles are currently undergoing testing on the Amersfoort - Zwolle line ahead of the start of Syntus’ regional service contract at the December time table change.

Syntus placed the order with Stadler for the 160km/h EMUs in January 2016 after the contract to operate the service was confirmed in October 2015.