ARRIVA Netherlands has signed a 15-year contract with Stadler to service and maintain the 18 new Wink electro-diesel multiple units and 51 refurbished GTW DMUs, managed by Arriva, which will operate on the Noordelijke Lines concession in Friesland and Groningen. 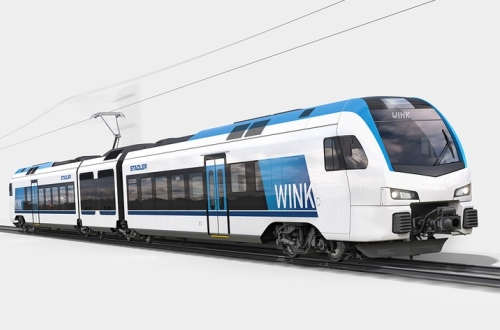 Stadler will maintain the 18 new Wink LRVs for Arriva Netherlands.

The contract, starting in 2020 and running until 2035, builds on the 15-year service and maintenance contract already in place since 2006 and follows the announcement in November 2017 that Stadler will manufacture the new Winks and refurbish the GTWs.

The new Wink trains will run on the renewable fuel Hydrotreated Vegetable Oil (HVO), made of vegetable oil and fat waste, as well as battery power. They will also operate on lines electrified at 1.5kV dc.

In preparation for the new fleet, Stadler will expand its depot at Leeuwarden, Netherlands, with a third track added to accommodate the new trains to be serviced and maintained, and a number of additional mechanics to be hired.

The GTW trains will receive a comprehensive overhaul in 2020, including an interior and exterior renovation, and will be converted to battery power.