BERN Solothurn Regional Transport (RBS), which operates a 54km metre-gauge network of suburban lines radiating from the Swiss capital Bern, has awarded Stadler a SFr 134m ($US 144.3m) contract to supply 14 new trains for use on line S7. 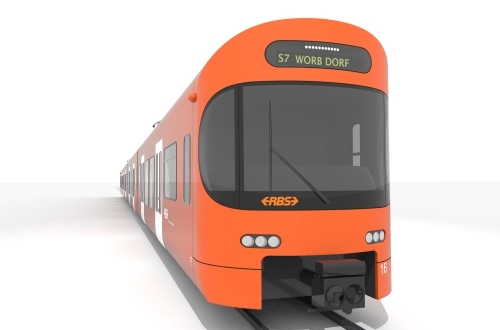 S7, which connects Worb and Bern, is the network's busiest line and is used daily by 24,000 passengers. The 60m-long four-section trains will have 104 seats and room for 360 standing passengers, while the train's eight doors will significantly improve loading and alighting at stations. The trains will also offer air-conditioning and the contract includes the supply of spare parts.

The contract is RBS' largest ever vehicle procurement, and the new trains are scheduled to enter service from the end of 2018 with full deployment expected in 2020. They will replace the line's existing "Mandarinli" fleet, which has been in service for 40 years.