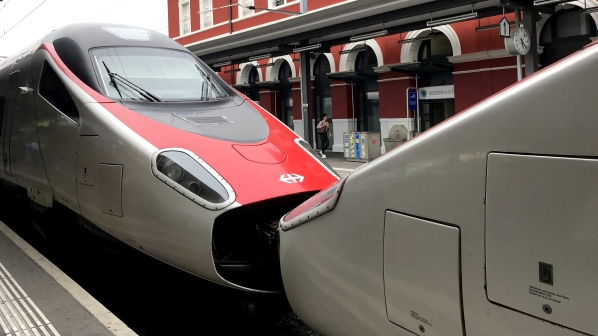 SBB says four of the 19 trains are unavailable due to the defects and suspension systems on the first eight of the second series trains (RABe 503 011-503 018) lack the required resistance, causing them to fail prematurely. Another two trains are under review or under maintenance.

The first series sets and the last four of the second series trains (RABe 503 019-503 022) are not affected by the defect. The seven ETR 610s operated by Trenitalia in Switzerland, which are almost identical to the RABe 503s, are also unaffected.

SBB says that while there is no safety risk from the defect, the trains cannot be used in service until the springs have been replaced which involves the costly process of removing and reassembling the bogies. It says that despite timely intervention, it cannot avoid restrictions on the north-south route via the Gotthard Base Tunnel to Milan and instead of operating trains in multiple, it may have to run single trains, reducing seating capacity.

“SBB is making considerable efforts to get the trains back as soon as possible,” the company said in a statement. “Nevertheless, the situation will remain critical for the next two to three months, until all the suspensions in question are replaced.”