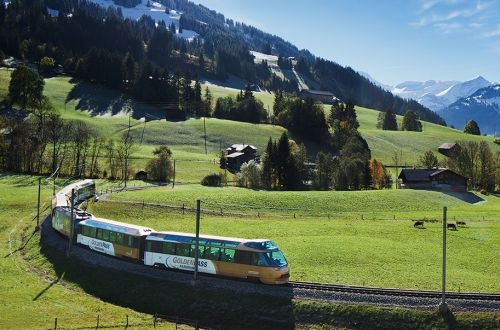 A MOB Golden Pass train in the Swiss Alps.

WSB requires either six 40m-long two-car trains or five 60m-long three-car sets. Each coach will have four automatic doors per side with sliding steps in the low-floor area. The 80km/h trains must be air-conditioned and fitted with a passenger information system and video surveillance. Closing date for bids is March 25 2016.

The MOB tender is for eight driving cars, four first-class coaches, and four restaurant cars, but MOB wants the coaches to be supplied without bogies. MOB requires the first two driving cars to be delivered in September 2017 with the remaining vehicles supplied at a rate of three cars every two months. The closing date for tenders is March 15 2016 and the offer must be valid until the end of 2016.

To receive information on the latest railway tenders subscribe to Global Rail Tenders.