SPANISH rolling stock manufacturer Talgo has announced details of a long-term plan for the British market, which includes establishing a plant and creating a localised supply chain. 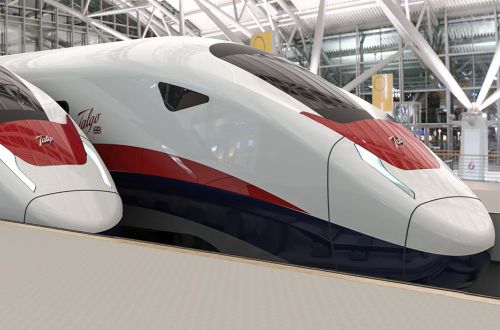 Talgo is targeting high-speed and commuter rolling stock supply and maintenance contracts in Britain and Ireland, and considers the British market as particularly attractive given expected demand for new rolling stock to boost network capacity.

Talgo president Mr Carlos Palacio visited Britain last week to take part in several industry meetings and the Spanish company says that it is analysing “dozens” of locations across Britain for the plant. It adds that it has already engaged in formal contacts with local authorities and key interest groups, including MPs, from the areas concerned.

Talgo says the new plant could create hundreds of jobs and would host the complete manufacturing process, with the company keen to tap into Britain’s components industry. And given the difficulties experienced with Britain’s electrification programme, the manufacturer’s plan also highlights its bi-mode products as possible solutions to this issue.