RHINE-Ruhr Transport Authority (VRR) has published a tender notice in the Official Journal of the European Union for a contract to supply and maintain at least 36 EMUs for the region's S-Bahn network. 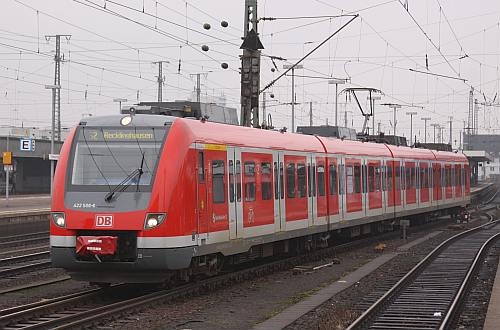 According to the tender, 29 trains will be required for the launch of the new Rhine-Ruhr S-Bahn timetable in December 2019 and the entire fleet must be in service by 2021. With plans to lower platform heights at most stations on the S-Bahn network, the new trains will also need to have an entry floor height of 76cm.

The procurement closely follows the model adopted by VRR and its tendering partners for the Rhine-Ruhr Express (RRX) network, with the transport authorities ordering rolling stock directly from the manufacturer rather than through the operating concessionaire. This is increasingly common practice for regional rail contracts in Germany, although it is not universally popular among operators. Indeed, one of the bidders, DB Regio, opposed the use of this structure for RRX and launched a legal challenge against VRR, but the case was subsequently rejected by the court.

The closing date for expressions of interest is August 17.