SIEMENS delivered the last of 60 Avenio low-floor LRVs for The Hague Tramways (HTM) to the Netherlands on April 22. 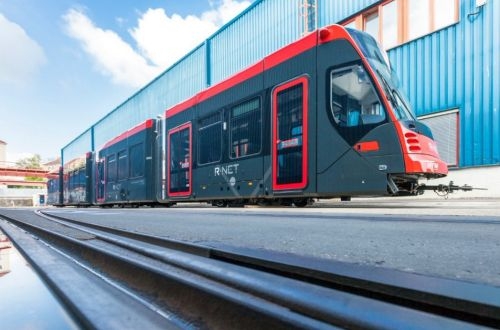 HTM awarded Siemens a €100m contract for 40 vehicles in November 2011, and subsequently exercised an option for a further 20 units in March 2014. The vehicles were assembled at Siemens' Simmering plant in Vienna.

Each 35m-long bi-directional LRV will accommodate up to 238 passengers, 70 of them seated.

The first HTM Avenios entered service on Line 2 last November and since January the new vehicles have operated all services on this line. The LRVs were also introduced on Line 11 last month and will begin operating on Line 17 on May 2.