UNITED Wagon Company (UWC) has rolled out the 10,000th wagon to be produced at its Tikhvin Freight Car Wagon Plant (TVSZ) in western Russia, which opened in January 2012. 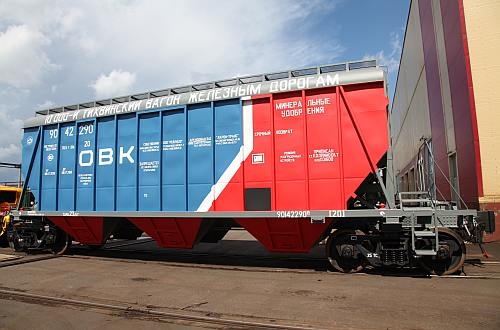 The 10,000th vehicle to be produced by TVSZ is a model 19-9870 hopper, which will be used by Acron-Trans for fertiliser transport.

UWC says it expects to produce 15,000 wagons this year in cooperation with partner plants and most of these vehicles will have 25-tonne axleloads.