THE October Electric Car Repair Plant (OEVRZ) division of Transmashholding, Russia, has completed the delivery of 27 new six-car trains to St Petersburg for operation on Line 3 (Green Line) in time for the city to host fans attending the World Cup soccer championship. 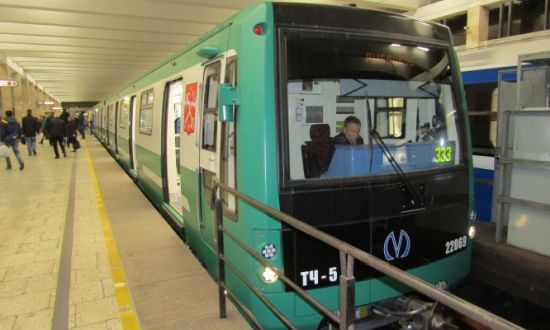 One of the new trains in service on Line 3 of the St Petersburg metro.

The new trains have asynchronous traction drive which Transmashholding says should cut energy consumption by up to 30% compared with the trains they are replacing on Line 3.
The air intakes and ventilation grills are designed to ensure an even flow of air inside the trains, while the driver’s cabs are air-conditioned and fitted with vibration-absorbing seats.

St Petersburg metro has also completed the construction of an extension to Line 3 from Primorskaya north to Begovaya. The extension has one intermediate station at Novokrestovskaya which is expected to be used by around 30% of the football fans attending matches at the St Petersburg Arena stadium.

OEVRZ has also completed the first eight trains of an order for 20 eight-car trains for St Petersburg metro, with delivery expected to be completed in 2020.

Interior of one of the new trains for Line 3.